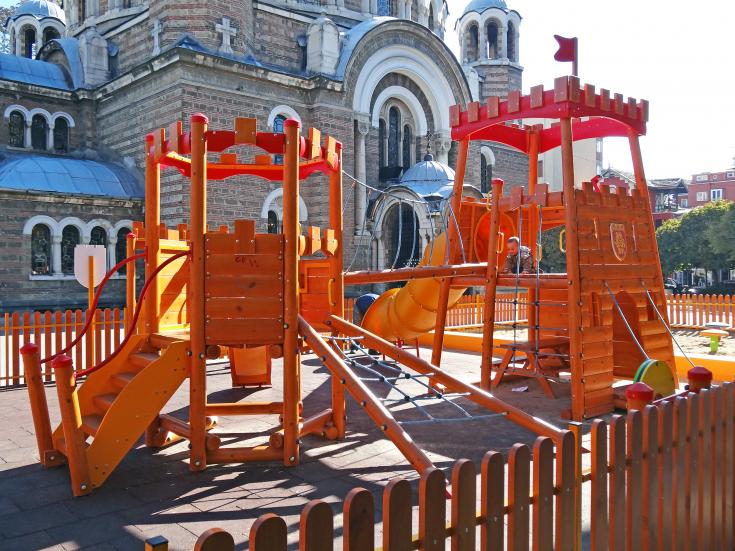 This fairly massive facility consists of a fortress tower, similar to the one in facility G06, however here the slide is in the form of a tunnel, creating the illusion that this is a secret tunnel used for escaping the fortress. The second tower is for younger children and access to it is easier: staircase with a railing and an asymmetrical ladder – net. For younger children, there is a separate slide and the access to the bigger tower from the smaller one is limited to them by a barrier, which the older kids go over in order to reach the bigger tower, after which they must go across a beam, that has a rope railing.

Installation of playgrounds is made by metal connections and concrete footings, according to construction documents on soft ground (grass, sand) or by anchoring on hard ground.

Sorry, this entry is only available in Български....
read more »

Sorry, this entry is only available in Български....
read more »